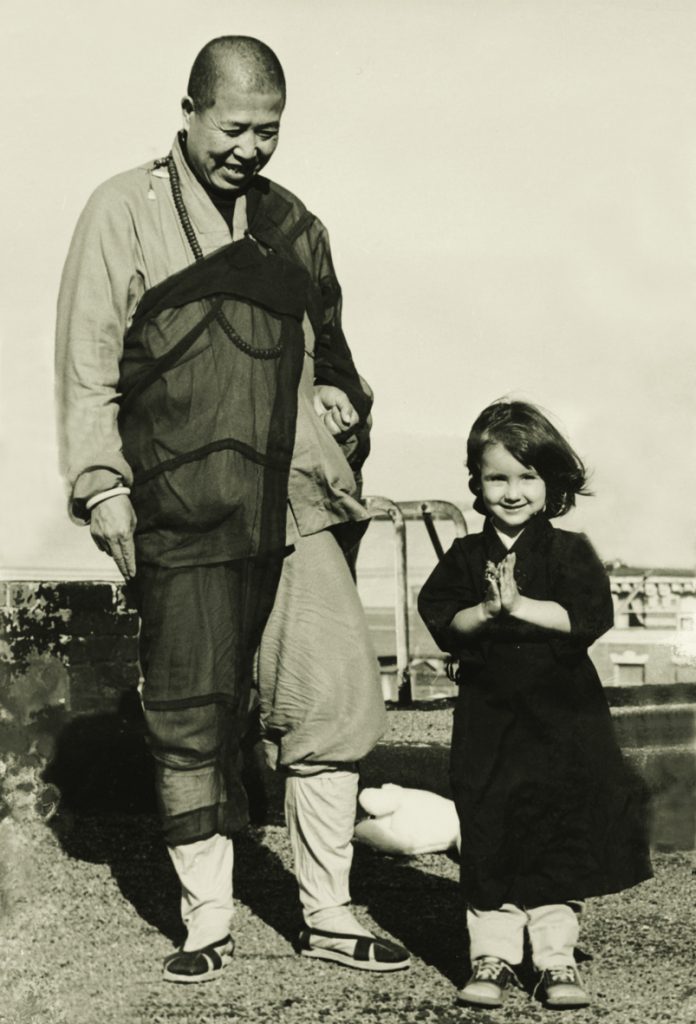 Put everything down.
Let no thought arise.


A talk by Elder Master De Ching Hsu Yun of Jen Ru Monastery, on Yun Ju mountain, in the province of Jiang-Xi, the Forty-fourth Patriarch in India, the Seventeenth Patriarch in China, and the Eight Patriarch in the Wei Yang Lineage.

The goal of investigating Chan is to understand the mind and see the true nature. That is, to remove all the defilements in our minds and to actually see the image of our self-nature. Defilements refer to false thoughts and attachments, while the self-nature refers to our inherent wisdom and virtue, which is identical to that of all Buddhas. The Thus Come Ones’ wisdom and virtue is embodied within all Buddhas and sentient beings and is not dual or different. Anyone who can be apart from false thoughts and attachments can certify to the Thus Come Ones’ wisdom and virtue and become a Buddha. Otherwise, we remain ordinary sentient beings.

Immeasurable eons ago we became caught in the cycle of birth and death. By now, we have been defiled for so long that we cannot just suddenly get rid of our false thoughts and see our original nature. That is why we have to investigate Chan. Therefore, the first step in investigating Chan is to eliminate false thoughts. How can false thoughts be eliminated? Sakyamuni Buddha talked a lot about this. The easiest method is none other than ceasing. The saying goes: ceasing is Bodhi.

The Chan School was transmitted to China by Great Master Bodhidharma, who became the first patriarch. That transmission continued, being received eventually by the Sixth Patriarch. Thereafter, the teaching of Chan spread far and wide. Through the ages, its impact has been tremendous. However, the teaching given by Venerable Bodhidharma and the Sixth Patriarch is considered the most important. It is, in essence, making everything still and then not letting a single thought arise. Making everything still means putting everything down.

First, we need to put each and every thought to rest until no more arise. Doing that, we will certify to Bodhi instantly without any trouble. Second, we need to be reasonable in dealing with all matters and to fully understand that the self-nature is originally pure and clear. We need to realize that affliction, Bodhi, birth, death, and nirvana are all merely names and, as such, have nothing to do with our selfnature. All material objects are like dreams and illusions, bubbles and shadows.

In the scope of our self-nature, our bodies and our environment, both of which are composed of the four elements, are just like bubbles that randomly form and vanish in the sea, without affecting the original substance. We should not get caught up in the coming into being, dwelling, changes, and ceasing to be of the illusory things in this world. Nor should we indulge in fondness and dislike, grasping and rejecting. By totally disregarding this body, just as if we were a dead person, we will naturally reduce the effect of being tainted by our sense faculties and our mind consciousness.

In that way, we will be able to eliminate greed, hatred, ignorance, and emotional love. We will no longer be influenced by pain and pleasure this body experiences, including hunger and cold, satiation and warmth, honor and humiliation, life and death, misfortune and blessings, good or ill luck, slander and praise, gain and loss, safety and danger.

At that point, we will have achieved putting down. If, in putting things down, we can do so totally and permanently, then we will have achieved putting everything down. When we have put everything down, false thoughts will naturally vanish, discriminations will no longer be made, and we will be far apart from attachments. At the point when not a single thought arises, the light of our self-nature will manifest completely, and we will then naturally have fulfilled the requirements for investigating Chan. It is only by diligently applying our skill in investigation that we have the chance of understanding our mind and seeing our true nature.

Recently, many Chan practitioners have come to ask questions. There is actually no Dharma to speak because what can be expressed in words or commented upon in language will not be the true meaning. Always remember that our mind was originally the Buddha. All along, it has continued to be inherent in each of us. Self-declarations about cultivation and certification amount to the words of demons.

When Venerable Bodhidharma came to China, he pointed directly at people’s minds as the way to see their nature and become Buddhas. In this way, he clearly indicated that all sentient beings on earth have the Buddha nature. We need to recognize that this pure and clear self-nature accords with conditions without being defiled. We need to realize that in every moment, in everything we do, our true mind is no different from that of the Buddhas. If we certify to that, then we will have become a Buddha right here and now. Once we certify to that, then there will be no need for any further mental or physical exertion. We will not need to talk, to think, or to do anything at all. In that sense, becoming a Buddha is actually the easiest and most comfortable thing to do.

Sentient beings need only wish not to revolve continually in the cycle of the four types of rebirth in the six realms of existence, where they are always sinking in the sea of suffering. If sentient beings wish to become Buddhas and to attain the eternity, joy, true self, and purity of nirvana, then they should truly and sincerely believe in the Buddha’s teachings, put everything down, and stop having thoughts of good or evil. By doing that, each of us can become Buddhas. All Buddhas and Bodhisattvas, as well as all patriarchs through the ages, have vowed to save all sentient beings. This is not without basis or evidence. They did not make great vows for nothing, nor were they engaging in false speech. 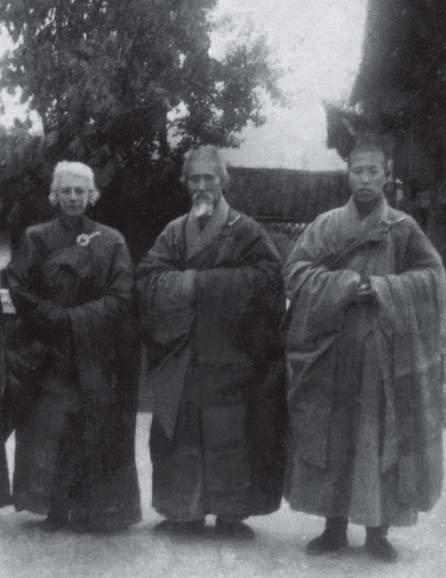 
The Venerable Master Hsuan Hua was also known as An Tse and To Lun. The name Hsuan Hua was bestowed upon him after he received the transmission of the Wei Yang Lineage of the Chan School from Venerable Elder Hsu Yun. He left the home life at the age of nineteen. After the death of his mother, he lived in a tiny thatched hut by her grave for three years, as an act of filial respect. During that time, he practiced meditation and studied the Buddha’s teachings. Among his many practices were eating only once at midday and never lying down to sleep.

In 1948, the Master arrived in Hong Kong, where he founded the Buddhist Lecture Hall and other monasteries. In 1962, he brought the Proper Dharma to America and the West, where he lectured extensively on the major works of the Mahayana Buddhist canon and established the Dharma Realm Buddhist Association, as well as the City of Ten Thousand Buddhas, the International Translation Institute, various other monastic facilities, Dharma Realm Buddhist University, Developing Virtue Secondary School, Instilling Goodness Elementary School, the vocational Sangha and Laity Training Programs, and other education centers.

The Master passed into stillness on June 7, 1995, in Los Angeles, California, USA, causing many people throughout the world to mourn the sudden setting of the sun of wisdom. Although his life has passed on, his lofty example will always be remembered. Throughout his life he worked selflessly and vigorously to benefit the people of the world and all living beings. His wisdom and compassion inspired many to correct their faults and lead wholesome lives.

Here we include the Records of the Mendicant of Chang Bai written by the Venerable Master. This verse serves as a model for all of us to emulate.

The monk from Long White Mountain,
simple and honest by nature,
Was always quick to help
people and benefit others.
Forgetting himself for the Dharma,
he made lifelong sacrifices.
Dispensing cures for people's ills,
he spared not his marrow and blood.
His vow was to join in substance
all the millions of different beings.
His practices swelled to fill space itself,
as he gathered in all with potentials.
Unhindered by mundane distinctions
of past, future, and present,
His scope reached beyond the confines
of north, south, east, or west.


Verse in Expression of Faith from Dhyana Master Hsu Yun

Proclaiming [Hsuan] Wei's wonderful meaning,
Causes the sect's teaching to be echoed far and wide.
The transformations [Hua] inherited from Ling Peak
Exalt the Dharma Path.
Taking Across [Du] the forty-sixth,
The mind seal is transmitted.
The wheel [Lun] revolves unceasingly,
Rescuing the suffering hordes.
"Year of the Buddha" 2983, the year Bingshen
Written by De Qing Hsu Yun,
the eighth generation of the Wei Yang,
at the Dharma Lecture Hall of Zhenru Chan Monastery