Hsu Yun is one of the Chan meditation masters and also one of the most influential Buddhist teachers of the 19th and 20th centuries.

His enlightment has a story. One evening, during the session, it came time for tea. As he held out his cup, the tea server accidentally poured hot tea all over Hsu Yun's hand and scalded it, causing him to release the cup and let it drop to the floor. The cup fell to the floor with a crash and the sound prompted in him an instantaneous enlightenment. It was a far-reaching and profound awakening.

Elder Venerable Master Hsu Yun transmitted the Dharma lineage to Hsuan Hua, making him the Ninth lineage holder of the Guiyang school of Chan, the forty-fifth generation since Mahakashyapa (one of the principal disciples of Buddha who convened and directed the first council). 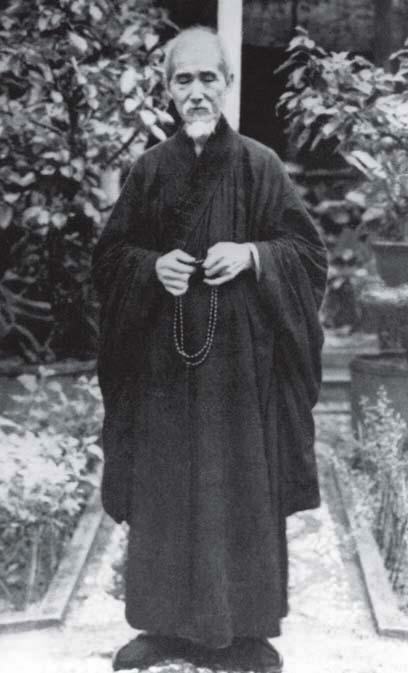